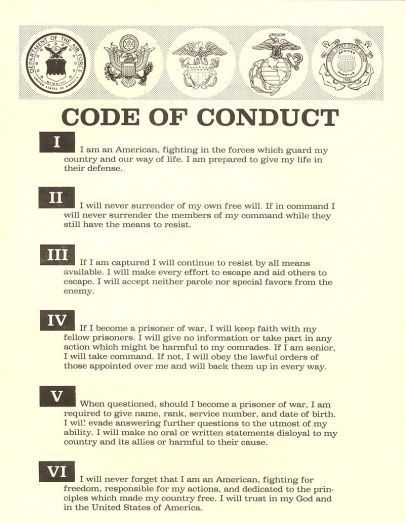 How we hate them!

But then, don’t we love them when our children obey them, when other motorists are careful of the rules of the road, and when our neighbors respect the laws governing tidy yards and quiet evenings.

It has been years for most of us since we have been grown-up, out of college, out on our own, masters of our own lives, subject but to death and taxes, as we like to say, however erroneously. Can we even begin to imagine how profoundly our own rules of conduct can or do change our lives? Not just those regulations that keep us out of jail and relatively free from public censure, but those rules that make all the difference in an ordinary life. It is our personal rule, not our talents and abilities, and not our defects and deficiencies, that set us apart, in truth.

It always interests me to consider that we all – that I – have rules that we keep, that we never credit as such, and some of them are particularly binding.

I have known what it is to have rules like these working powerfully in my day-to-day life:

No less than four hours of television, daily.

Never more than five minutes of prayer, at most, apart from grave emergencies.

Always stay up as late as can be got away with.

Read voraciously; if at all possible, put aside beneficial habits and many responsibilities in order to finish a good book.

Drink at least two large cups of coffee, daily. Drink no more than one glass of water.

Always have an opinion.

Give very few concessions to the weak.

Always interrupt when not given opportunity to speak.

Hope for a return of everything given.

As I said, I know what it is to lead a regulated life, which is not to say well-regulated, but I was terrifically good at keeping those and other not so beneficial rules of conduct. I am learning how surpassingly delightful it is to have a new set of personal ordinances. Some are in place, some are sketchy but present, and all are very gladsome:

No media in the morning until after my devotional hour

No eating between meals.

Consecrate a substantial time in prayer every day, at least twice each day.

Never give way to bitterness or hopelessness in any manner.

No gossip, no excuses.

Take an extra devotional time before bed every night for 20-60 minutes.

Pray at least three minutes each day for each child (and for my husband when he was alive.)

At least twenty minutes daily in adoration and stillness before the Lord.

Find ways to fast in some manner, perpetually.

Limit television – no more than one, or for a special event, two hours daily.

Have lunch or coffee with someone besides my best friends, regularly.

Begin every devotional time with worship and/or thanksgiving.

Fast all desserts that aren’t part of a social event – no at-home sweets.

Arrange to get plenty of sleep.

Honor others at all times, in all circumstances.

I fear to publish this list, for those who know me best will be able to pinpoint the areas where I fall short, but several of those “rules” have become habits, and the best of them have become delightful to me. To be sure, just as it is the crowning glory of the Postulant’s life when she takes the full habit and white veil of the Novice, it is glorious to know that some of those habits clothe me now, but that list has been ten years in the making.

Many convents and monasteries operate under the “Rule of St. Benedict.” It is a charming read, antiquated but often practical.  For those who would seek God in community, it is a monastic factotum that has stood the test of time. St. Francis had a Rule, and so did St. Clare and so did George Washington (another terrific read, his Rules of Civility and Decent Behavior,) and so did John Wesley and so do the Marines, and the NFL, too.

May I encourage you to make a fresh set of rules for your life? Write down about ten of the regulations you keep “religiously” that don’t promote any benefit to you or anyone else. This list is important because we do have so many fixed obligations to statutes that are doing us nothing but harm, and it is good for us to see how well we’ve adhered to them! Then, make another list of those things you would most like to know, when life draws to a close, that you incorporated into your personal daily “Rule.” It is not at all necessary, and it has never been done, that any of us should be able to keep that Rule perfectly from square One, but once we know where we are going, it is certain that we can arrive there at length, even if we take any number of detours along the way. Here in Cor Unum Abbey, we avoid a great many false turns and dangerous excursions, but it is always one foot in front of the other.

Perhaps our primary rule ought to be, “Never give up!” Hosea says it best, verse 3 of chapter 6:

Let us know; let us press on to know the Lord;

His going out (forth) is sure as the dawn;

He will come to us as the showers,

as the spring rains that water the earth.” (ESV)